It sounds a bit boring but really not. It was actually fun to read, consume, compare and contrast the different reports. 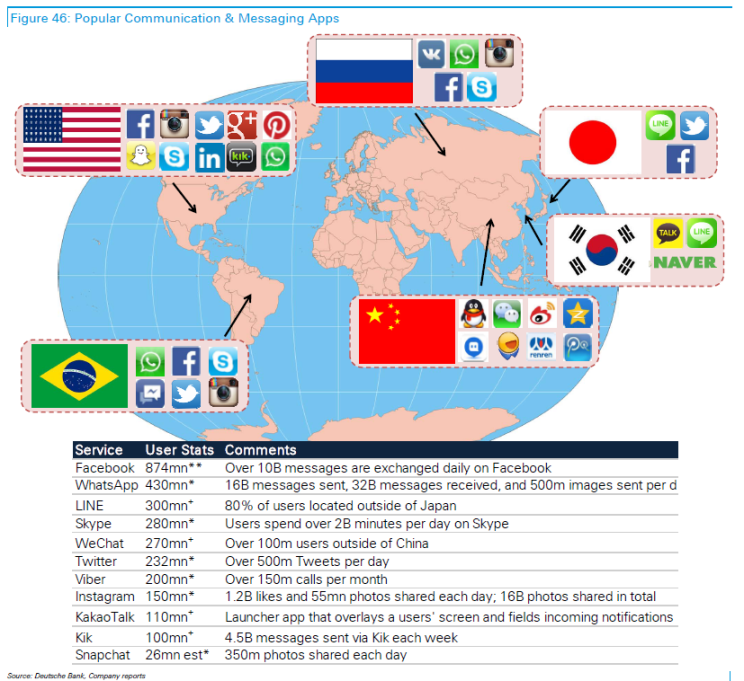 Deutsche’s chart of messaging apps used in Brazil, Russia, China, South Korea, Japan and the US.

Cross referenced with AppAnnie’s spend by country chart tells us:

This chart also from App Annie interests me more, as it shows spend vs device: 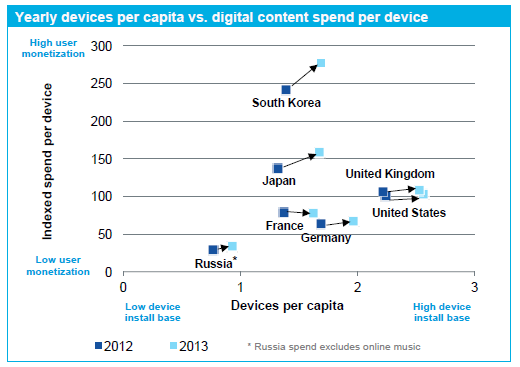 I agree with Goldman Sachs, stating BRICs (Brazil, Russia, India and China) are 3-5 years away from global scaling and spending.

South Korea, with the highest spend and technological advancements, is like China where the ecosystems are so tightly intertwined it’s a tough market to penetrate. Fun to watch, but just like China, certain models and strategies cannot be emulated because of the reliance on proprietary strong holds.

For people looking to enter markets, Japan, UK and US are the likely bets. Or at least if I were a VC, that’s where I’d be placing bets.

Still digesting but as my thoughts parse, I will be sharing.